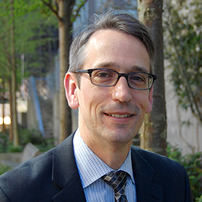 Kenney has 25 years of business, nonprofit and public sector management experience, including 19 years in technology sectors. During twelve years at Intel Corporation, Kenney held a wide range of leadership roles in finance, project management and operations. During his last seven years there, he helped build Intel Solution Services, a technical consulting organization, from its start to a $20 million revenue organization operating in more than ten countries worldwide. He also co-founded and led the Intel Employee Sustainability Network. Before joining Intel, Kenney was a Senior Consultant with Deloitte & Touche Consulting Group in Portland and also worked in local government. He received a BA degree from the University of Washington and an MBA from Stanford University Graduate School of Business.