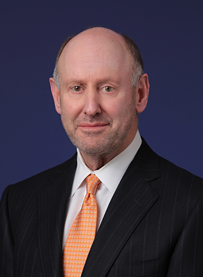 Broadmark Capital, a Seattle merchant banking firm, provides financing and advisory services to high growth, emerging companies primarily in technology and life sciences. Broadmark is also the co-founder and sponsor of the Pyatt Broadmark and Broadmark Real Estate Lending Funds which serve the Northwest and Mountain West regions. Mr. Schocken has guided Broadmark's corporate finance practice through hundreds of transactions, from private placements through public offerings, from advisory services through mergers and acquisitions. He has long been interested in politics, public affairs, and the importance of the Innovation Economy. He was Northwest chairman of the Kerry Presidential campaign and served on the DNC national finance committee. Via his 2008 white paper, 'Restarting IPOs.. The Shortest Path to Recreating Economic Growth in the United States', he is considered a major contributor to the JOBS Act. He has written, testified, advocated among policy makers of both parties, and advised the Obama Administration on the importance of the Innovation Economy. Mr. Schocken also serves on the AIPAC National Council.