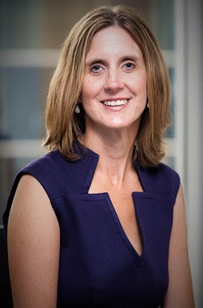 Marie Trzupek Lynch, a passionate leader for advancing economic mobility, is the founding President and CEO of Skills for Chicagoland’s Future. Skills, a nonprofit, creates demand-driven solutions for employers to get unemployed and underemployed Chicagoland residents back to work. Currently, Marie is aggressively working on the national replication of Skills including the successful launch of Skills for Rhode Island’s Future while working to stand up the re-branded Skills for America’s Future. Previously, Marie launched and served as founding president of Chicago Career Tech, a career retraining initiative for unemployed emerging- and middle-income Chicagoans. She also spent eight years working for the YMCA in the roles of EVP of Human Services and Housing for the YMCA of Metropolitan Chicago, as well as the Director of Operations for Y-USA. Prior to this, Marie worked at Deloitte in the consulting practice, and in the City of Chicago Mayor’s Office.