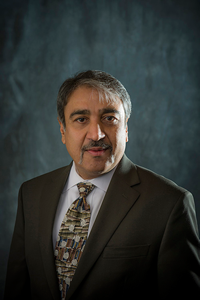 While at UC San Diego, Khosla has initiated and led a comprehensive strategic planning process to unify the campus and define UC San Diego's future resulting in a Strategic Plan that outlines five overarching goals, four grand research themes, and 13 strategies to fulfill our sharpened mission and vision as a student-centered, research-focused, service-oriented public university.