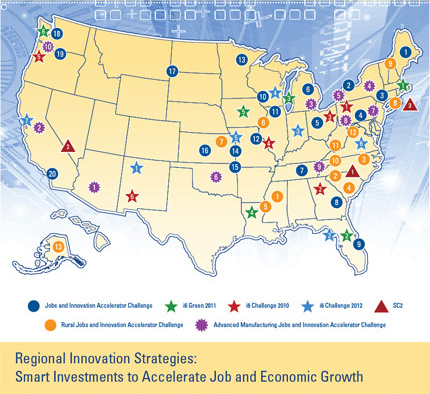 Make it in America Challenge Announced

In September, Acting Secretary of Commerce Rebecca Blank announced the Make it in America Challenge, which is an initiative designed to accelerate the trend of insourcing—that is, companies bringing jobs back and making additional investments in America. The competition is being funded by EDA, the Department of Commerce’s National Institute of Standards and Technology Manufacturing Extension Partnership, and the Department of Labor’s Employment and Training Administration. It will build upon the administration’s bottom-up approach to strengthening the economy and creating jobs by partnering with state, regional, and local economies. Stay tuned for details on how to apply.