Yesterday, President Obama announced new commitments in the “Made in Rural America” export and investment initiative, which is charged with bringing together federal trade-related resources for rural communities and businesses. This announcement reflects the Administration’s strategy for ensuring workers and businesses of all sizes, from communities large and small, benefit from the nation’s economic resurgence.

The Department of Commerce also released data yesterday that show 26 states set new export records in 2014, and many of those states are in the nation’s heartland. Outside of my parents, the most influential person in my life was the late Bishop Norman L. Wagner.  Bishop Wagner served as the pastor of the church I attended virtually my entire life.  Some of his most powerful lessons focused on service to others and living a life of purpose.  One of Bishop Wagner’s quotes that continues to resonate with me today is the “significance is paramount to success.” Those words have guided me in my career and life. I strive to do things that have significance and affect real change.

After graduating from Youngstown State University in my hometown of Youngstown, Ohio, with a business finance degree, I worked in the banking industry for several years, until leaving to pursue a career in public service – leaving to pursue significance.  In 2005, I was elected as the youngest and first African-American mayor in the City’s history.  I am proud to have been given the opportunity to help change the dynamics and the conversation about Youngstown.  Not just because it’s my hometown, but also because the issues facing Youngstown were not unique.  My work at EDA allows me to focus on critical issues that affect distressed communities like Detroit, Michigan; Gary, Indiana; Fresno, California; and rural areas such as Conover, North Carolina.

Understanding and Measuring Innovation Ecosystems at the Global Innovation Summit

There’s a lot of talk these days about “innovation ecosystems,” but what is an innovation ecosystem? What does it mean? Think about the ultimate ecosystem: earth. When we refer to the earth’s ecosystem, we are talking about the interconnectivity of animal, plant, and elements that sustain life. Well, an innovation ecosystem is the same idea. It’s everything in the environment, including and especially culture, that work together to foster and sustain innovation. How we create those ecosystems is at the core of the Global Innovation Summit, taking place this week in San Jose, California.

The Global Innovation Summit is an opportunity for entrepreneurs, innovators and those that support them from 50+ countries to come together to build solutions, apply new tools to accelerate innovation, and learn from one another.

The economic development challenges faced by the U.S. are often concentrated in communities plagued by low educational attainment, high crime rates, low income levels and limited financial and physical capital.  These communities are disenfranchised and underrepresented in the public arena and can be found in both urban and rural environments.  Delaware State University's (DSU) student population represents many of the urban environments of the Northeast that are both disenfranchised and underrepresented.  Thus, the question was, "How do we identify and train tomorrow's economic development leaders?" More specifically, "How do we empower the youth in our most economically challenged communities with the prerequisite skills for successful economic development within their own community?" 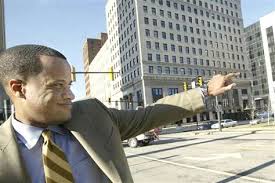 When I was growing up Youngstown, Ohio was the sort of place you worked to get out of. Crime was bad. The economy was stagnant. It seemed like everyone thought that you had to leave to make something of yourself. But Youngstown was my home, and I wanted to help make it the sort of place you’re proud to come from and think twice about leaving. There was so much potential there, but people had to stop living in the past – stop waiting for the manufacturing sector to rebound. We needed a plan and a vision – we needed economic development. I was moved to run for office and help shepherd my community through its economic recovery.

By the time I took office as Youngstown’s mayor in 2006, the Youngstown Business Incubator (YBI) that had been established in the 1990s was driving huge change, but there was still work to be done. Through a combination of visioning, planning, public/private partnerships and investments, and most importantly a determined citizenry, my hometown of Youngstown, Ohio is redefining itself. Today, I am proud to say, that Youngstown is experiencing a renaissance, a renewal beyond what most would have thought possible.

If building a successful business were as simple as having a good idea and putting in the requisite hard work, then the start-up world would look much more diverse. The fact of the matter is new businesses need support in order to grow. It takes capital, workforce, and office space to help most businesses succeed. In some parts of the country and for some populations, those things are relatively easy to come by. But for many of the budding entrepreneurs in Winston-Salem, North Carolina, those resources didn’t exist.

The City of Winston-Salem was heavily affected by downturns in the tobacco and textile industries. Thousands of workers had been laid off, and the displaced workers created greater competition for available jobs in the service industry. The region realized it needed to create new entrepreneurial opportunities for start-up businesses. That’s where the Enterprise Center came in. It sought to expand or recruit new business incubator prospects.

The Important Work of NACIE Begins 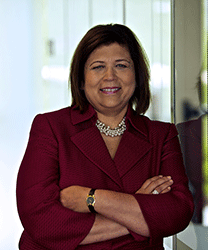 Last year, I was honored to be appointed as an advisor to Secretary Pritzker as part of the National Advisory Council on Innovation and Entrepreneurship (NACIE). NACIE is emblematic of all the entrepreneurs, educators, philanthropists, and innovators in all sectors of the economy who are working to ensure that our country remains a place of opportunity, innovation and entrepreneurship for generations to come. In December 2014 Secretary Pritzker convened the first meeting of the 27-member NACIE. My NACIE colleagues impress me. We are a diverse group, and I was excited to hear from my fellow council members as they brought their experiences to bear as we began discussing the issues. I can’t think of a better group to address the challenges of creating an innovation economy.

As the current NACIE we are charged with bringing our ideas, and networks together to identify and recommend policies, programs, and partnerships that can help American businesses, individuals, and communities become even more competitive in the global marketplace.