Black History month is about celebrating our roots, honoring those who have gone before us, and clearing the path of opportunity for the next generation. My roots have always been important to me, as have the many people who have guided me throughout my journey that has brought me here.

I’m a California native from very modest beginnings, born in Inglewood and raised in Merced. My mother and family grew up in Compton and I attended Clark Atlanta University where I studied communications.

Following college, I had a strong calling to work in public service. I got the political bug early on and ran with it. My dream was to be a press secretary or Communications Director who got to tell the reporters at the White House press conference “last question”, but who also got to be the quiet voice behind the scenes, leading and shaping the proactive or crisis messaging. 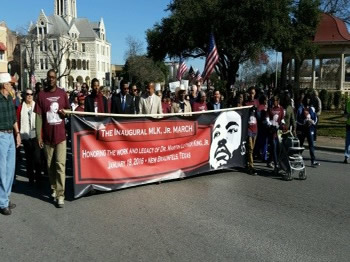 City Councilman Green led the effort to have Martin Luther King Day recognized by the city and Bishop Franklin’s 15 year old son - JonMichael Franklin - led a year-long campaign that resulted in the School District of New Braunfels officially observing the MLK holiday for the first time ever this year.

EDA has been investing to help advance African-American communities and businesses since the agency’s inception in 1965.

In Watts, California, for example, EDA played a vital role in helping the community recover from the Watts riots.

Immediately following the riots in Watts, EDA was there. It was perhaps the first test of the then fledging agency.

The President is committed to providing talented entrepreneurs in underserved communities with the opportunity to put their dreams into action. At EDA we are focused on building ladders of opportunity for all Americans by fostering innovation and supporting entrepreneurs. 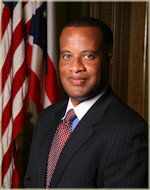 As we celebrate African-American history month in this final February of President Obama’s administration, I cannot help but reflect on the tremendous strides our nation has made under the leadership of our nation’s first black president.

For example, after turning the nation away from the worst economic crisis this country has seen in over 70 years, we are now experiencing one of the longest economic expansions in the history of our country with businesses having added 14 million jobs over 71 straight months and the unemployment rate has dipped to 4.9 percent for the first time since February 2008.

By Assistant Secretary of Commerce for Economic Development Jay Williams 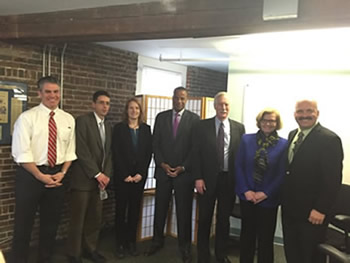 Ensuring that entrepreneurs across the nation have access to the tools they need to move their ideas and inventions from idea to market is a top priority for President Obama and his administration.

To advance this key priority, today Secretary Pritzker announced the 25 recipients of the Economic Development Administration’s (EDA) 2015 Regional Innovation Strategies (RIS) program, which this year was designed to advance innovation and capacity-building activities in regions across the country through grants addressing two essential core components that entrepreneurs need to take their ideas to market: programmatic support and access to capital.

Under RIS, programmatic support to help convert research and inventions into jobs is funded through EDA’s i6 Challenge, now in its fifth iteration.