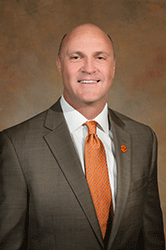 I also want to thank all the people who worked so hard to make this happen, especially Julie Lenzer and her team, including Eric Smith, Craig Buerstatte and Nathan Ohle. There are so many people involved in keeping NACIE going, and I deeply appreciate the important work they are doing.

While the purpose of NACIE is to help guide the U.S. Department of Commerce on policies and legislation designed to improve the innovation ecosystem in the United States, I think perhaps its greatest contribution is connecting people who share a passion for driving economic innovation to one another. I have had the pleasure of working with some extremely smart, vibrant, innovative people on the Council, and it is really those people who will make the long-term difference.

At the Cusp of U.S.-Led Regional Innovation: Investing in Manufacturing Communities Partnership

Since taking office, protecting and growing our country’s critical manufacturing sector has been a key focus of the Obama administration.

Early on, there was doubt if the U.S. manufacturing sector would ever begin to grow again.

But today, even in the face of global headwinds, there are 828,000 more American jobs in manufacturing than six years ago, and companies are looking to fill more than 350,000 jobs. 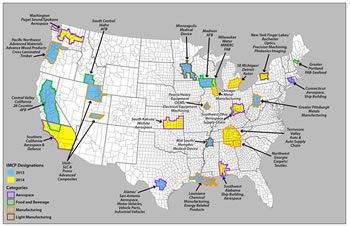 On September 27, 2016, U.S. Secretary of Commerce Penny Pritzker announced the redesignation of 12 manufacturing communities under the Investing in Manufacturing Communities Partnership (IMCP) initiative. The communities were all initially designated under the first round of the IMCP competition in 2014.

The IMCP is an EDA-led program designed to accelerate the resurgence of manufacturing in communities nationwide by supporting the development of long-term economic development strategies that help communities attract and expand private investment in the manufacturing sector and increase international trade and exports.

The New York Finger Lakes region IMCP community, led by the city of Rochester, was one of 12 communities that was designated based on the strength of their economic development plans, the potential for impact in their communities, and the depth of their partnerships across the public and private sectors to carry out their plans.

Success Story: The Growth of Manufacturing in the Southwest Alabama IMCP 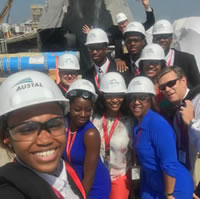 According to the U.S. Bureau of Labor Statistics, the manufacturing growth in the eight-county Southwest Alabama region has elevated job growth and wages over the past five years. From 2010 to 2015, advanced manufacturing and shipbuilding jobs in Mobile, Alabama grew 38 percent and 92 percent, respectively, as compared to the national average of nine percent and 11.5 percent. During the same period, wages in the region also increased in manufacturing by 16 percent and in shipbuilding by 23 percent.

The Southwest Alabama Investing in Manufacturing Communities Partnership (IMCP) region has a rapidly growing and diverse economy that has been driven by advanced manufacturing in aerospace, shipbuilding, steel, and chemical production.

Spotlight: Manufacturing: The Backbone of the U.S. Economy

By Julie Wenah, Policy Advisor at the Economic Development Administration 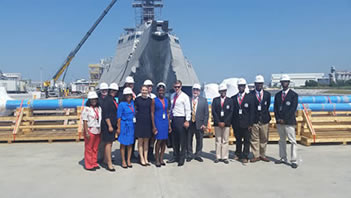 Manufacturing is the backbone of the American economy.

Our ability to innovate and create products, tools, and services that transform the way we live and operate is essential to our national competitiveness.

In 2013, President Obama tasked the Economic Development Administration (EDA) with creating a program that recognizes the resurgence of U.S manufacturing and incentivizes communities to operate within a region to leverage local assets to become globally competitive. As a result, the Investing in Manufacturing Communities Partnership (IMCP) program was born.

My Time with NACIE: The Unexpected Bonus of Service

Guest blog post by Michael Burcham, CEO of Narus Health and Co-Chair of the 2014-2016 NACIE Board

Two years ago, I had the opportunity to become a part of the National Advisory Council on Innovation and Entrepreneurship (NACIE). I walked into the kickoff meeting with much enthusiasm. Yes, it was indeed an honor to be asked to serve our great country in such a role. Yes, I was going to meet other bright minds from all over the country — many of whom I either knew or had read about their work. And, I knew the wo rk would be engaging. But the greater value — one that I did not fully appreciate until now — was how significant the opportunity would be to help communities across our country.

As NACIE began its work, we shared stories of both success and challenges in our respective markets, and we also shared best practices and ideas that would help improve our communities. Through these stories, I gained so much insight on how various cities across the nation were building out their entrepreneurial ecosystems.