On June 23, 2014 I received a letter officially designating the 69-county, four-state DRIVE! for the Future region as one of the nation’s first 12 Investing in Manufacturing Communities Partnership (IMCP) communities. Serving as the primary contact person for a public-private partnership effort involving more than 15 organizations, I could hardly wait to send copies of the letter to my colleagues. After all, we had invested hour after hour in crafting consensus around a shared work agenda and at least grudging acceptance of a narrative describing that agenda in the context of a 35-page proposal (plus appendices!) that was due in Washington, D.C. by April 14, 2014.

Receiving notification of the designation was exciting, but was simply the beginning of a non-stop effort to actually deploy the ideas we had so painstakingly assembled during the January – April proposal development period. In short, receiving the designation didn’t complete anything; we simply were given an opportunity to go do what it was we wrote we wanted to do!

We’re at an interesting moment in history for women. The debate about “having it all” or “leaning in” versus “opting out” dominates conversations about women’s contributions to the working world. So much is made about how women balance their career and family (or their decision to forgo one or the other), but less is said about the contributions they make to their organizations. March marks Women’s History Month, and EDA would like to take a moment to highlight several prominent female leaders for what they accomplish within their organizations and communities. Let’s all applaud them for what they do instead of debating how they do it.

By Jackie Gorman, Executive Director
San Antonio for Growth on the Eastside (SAGE) 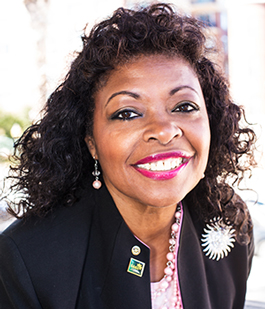 As executive director of San Antonio for Growth on the Eastside (SAGE), I’m working in what you could describe as economic development petri dish: an intensive experiment in community revitalization in the newly designated federal Promise Zone on San Antonio’s Eastside.  A subset of our Promise Zone is known as EastPoint. Eastpoint is the only area in the country to receive a Department of Education Promise Neighborhood grant, a Choice Neighborhood Grant from the Department of Housing & Urban Development, and Byrne Criminal Justice grants from the Department of Justice.

SAGE is leading the economic development elements of a highly focused effort to see if an integrated approach combining housing, education and economic development initiatives can significantly improve the quality of life in what has been an economically distressed and underserved community. 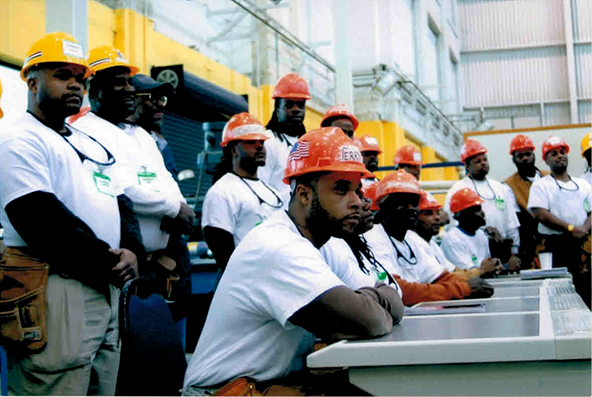 You’ve heard this story a million times. Business locates in American city. Business creates jobs and a boon for the local economy. Life is good until business closes its doors. Unemployment runs rampant. City falls into disrepair. People flee the city. Crime gets bad, which keeps business and people from coming back to city. Sadly for some cities, that is the end of the story. Luckily for the people of Wellston, Missouri, a city located just west of St. Louis, there is another chapter.

In the 1980s, two large employers in the area shuttered their doors. The area began a long economic development process spearheaded by the St. Louis Economic Development Partnership, and in 1997 the city opened the MET Center, a strategic partnership created to stimulate the economic self-sufficiency of unemployed or underemployed individuals living in low to moderate income communities of the St. Louis region. The Center provides focused, comprehensive, and accessible career development and assessment services, job training, and transportation assistance. A successful harvest depends on the soil, the temperature, and the amount of water the crops receive. Putting together a winning sports team requires talented athletes, strategic coaches, and team members who can work together toward a common goal. Building a successful, resilient economy in a given region or community also requires having the right conditions in place. It’s about having the appropriate infrastructure, supply chains, access to capital, engaged stakeholders, an appropriately trained workforce, and an understanding of the unique assets of the area. Creating those conditions is the core of economic development.

I like to tell people that Washington, D.C. is where I live; Youngstown, Ohio is my home. I understand economic distress on a very personal level, and I understand the importance of the sort of work that the Economic Development Administration (EDA) does each and every day.