Penny Pritzker Sworn in as 38th U.S. Secretary of Commerce 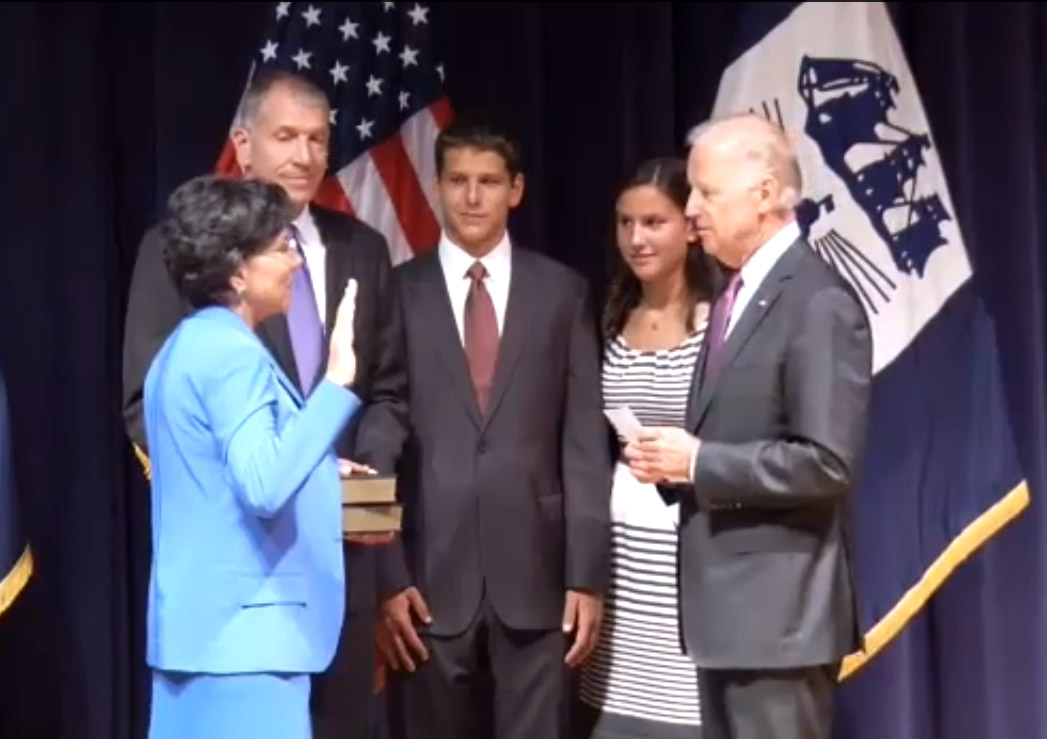 Penny Pritzker was sworn in as the nation’s 38th Commerce Secretary on June 26, 2013. As a key member of President Obama’s economic team, Secretary Pritzker will lead the Department of Commerce in carrying out the important work that gives entrepreneurs and businesses the tools they need to create jobs and keep the American economy growing, two of the administration’s highest priorities. She will also work extensively with the business community, bringing their concerns and ideas to the forefront.

“It is an honor to join President Obama’s economic team as Secretary of Commerce,” said Secretary Pritzker. “The Department of Commerce provides many unique assets that are critical to strengthening our economy, creating jobs, and ensuring America’s competitiveness—from support for manufacturing and exports, to the promotion of innovation, to the economic data that startups and businesses rely on. Our Department stands ready to serve as an active partner to the business community as we work together to continue building a 21st century American economy.”

For more information, visit the Department of Commerce’s website.