With support from EDA, The Idea Village, an independent nonprofit, has helped New Orleans become a magnet for entrepreneurial activity. 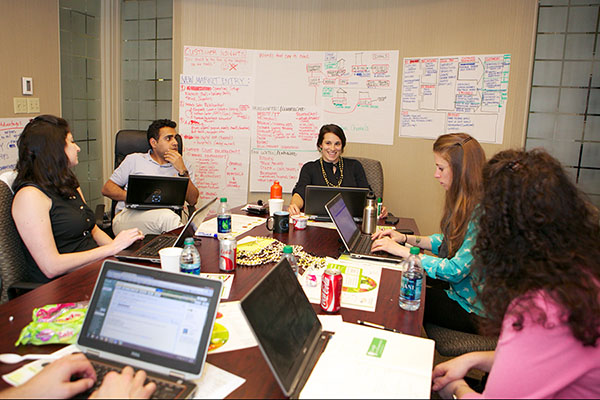 The sign posted at an event sponsored by New Orleans nonprofit, The Idea Village, should give a clue to anyone looking to find out more about the organization and its approach: “Crazy Ideas.” It’s the kind of spirit that the entrepreneurs who founded The Idea Village harnessed in their quest to reverse the economic decline of the Crescent City. Their success over the past 13 years has helped make New Orleans an entrepreneurial magnet: Forbes magazine named New Orleans the “Biggest Brain Magnet” of 2011 as well as the No. 2 “Best City for Jobs.” And a July 2010 Brookings Institution report, “Katrina After 5,” found that New Orleans’ entrepreneurial activity was 40 percent above the national average, while Inc. magazine called New Orleans the “Coolest Startup City in America.”

Those are heady accolades—both for a city that was battered by ferocious storms in the 2000s and for a region that saw a significant brain drain of its talented younger people during that time. But the achievements of today didn’t come without a lot of hard work, and some savvy investments, to get the ball rolling.

Among those investors in New Orleans’ turn-around was EDA. In 2009, in the wake of Hurricanes Katrina and Rita, EDA invested $800,000 with The Idea Village to help the city protect itself from further economic catastrophe, by encouraging economic diversification and the creation of a base of disaster-resilient industries, such as healthcare, information technology, and web design.

In order to develop a critical mass of such knowledge-intensive industries, New Orleans needed to expand its intellectual capital. EDA’s investment funded the IDEAcorps program, which matched visiting MBA students from top-tier business programs of such institutions as the University of Chicago, the Massachusetts Institute of Technology, and Tulane University with local entrepreneurs and start-up companies.

To date, 586 MBAs from 14 different universities have participated in IDEAcorps. In the 2012 Idea Village Entrepreneur Season, a six-month-long business assistance and education program that provides opportunities and support to entrepreneurs, 697 entrepreneurs received direct support, $2.2 million in resources were allocated, 14,405 hours of strategic consultation were delivered, and 75 events produced.

“Since its inception in 2000, The Idea Village has recognized that New Orleans has the assets needed to become an authentic self-sustaining entrepreneurial community,” said Tim Williamson, cofounder and CEO of The Idea Village. “[The] investment and partnership from the Department of Commerce’s Economic Development Administration is great validation that a movement has become a model—creating jobs, opportunities, choices, and a new generation of leaders for our community.”

On August 28, during a visit to New Orleans, U.S. Secretary of Commerce Penny Pritzker visited The Idea Village and announced a new $600,000 EDA investment to continue this model public-private partnership. The latest grant will support technical assistance to an additional 300 local businesses in high-growth industries through programs such as IDEAcorps, and it will build upon the successful track record of The Idea Village’s Entrepreneur Season. The grant will also help ensure the long-term sustainability of these efforts by underwriting the creation of a five-year strategic plan to guide future efforts to support New Orleans’ entrepreneurial ecosystem and promote small businesses throughout the region.

The benefits of investments like this are clear. As EDA and Idea Village join forces, they are helping a once battered New Orleans economy to transform itself into a more resilient, innovative, and entrepreneurial place to do business.