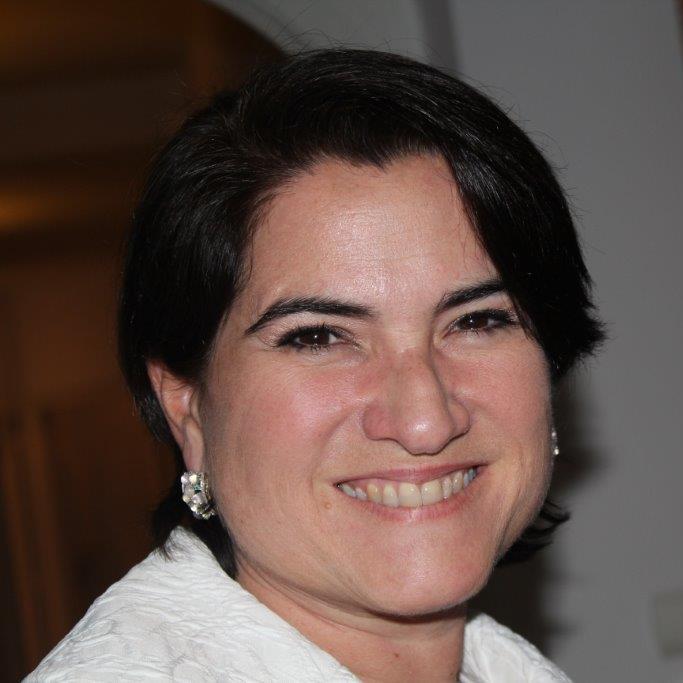 Photo of Elida Alcedo Guardia, General Coordinator of the Competitiveness and Trade Promotion Program in Panama

Elida Alcedo Guardia works as General Coordinator of the Competitiveness and Trade Promotion Program for Panama. She coordinates activities derived from the IDB loan contract #1941/OC-PN. Its mandate is delegated by the Ministry of Commerce and Industry, which is the loan’s main Executor.

Before her experience in the public sector, Elida worked in the private sector with the Multinational Nestlé from 1987 until 2000; she left Nestlé to join the family business, dedicated to Agro-industry, Logistics and Real Estate where she worked from March 2000 until June 2010.

Elida majored in International Affairs at Florida State University (Panama Branch) and graduated from the MBA program at the Universidad Interamericana offered in tandem with a program from Georgetown University.

Q: You recently participated in the Americas Competitiveness Exchange. Can you talk a little bit about what you took away from the trip generally? Specifically, what influence did the recent ACE trip have on your thinking with regard to trade and investment with the U.S. or across the hemisphere?

A: To begin with, I must praise the initiative taken by EDA, the Department of Commerce, the State Department and OAS/RIAC, to invite players in the public, private and academic sectors from the hemisphere to the first Americas Competitiveness Exchange.

The experience was in general positive not only in its nature but essentially in its execution. The tour was very well organized, leading us through the spectrum of industries and research facilities established in the southeast of the United States, along with the possibility of interacting with participants from 20 countries, different backgrounds and age groups.

The setting was relevant in the sense that it showcased an area that suffered market shifts that were not only significant but also crucial for the subsistence of the region, depressed by the crisis lived not long ago. It impressed me to hear that the job losses amounted to more than 40 thousand. To small municipalities, this is huge.

Specifically, I could say that the Can Do attitude I found in all the cities was inspiring and led me to broaden my expectations for the future of my country. I also found similarities that lead me to think it could be replicated in Panama. The main problem was the loss of jobs; the solution has been to focus on innovation.

The close collaboration between academia and the public and private sectors is very impressive and sets an example for all our countries. The only factor that has the potential to discourage our efforts is the fact that the substantial investments made in Georgia, North and South Carolina might be more difficult to emulate in some of our countries due to budgetary constraints.

Trade and investment are the drivers of our economies. This type of experience not only reinforces the linkages between our countries, but the networking that it encompassed will certainly lead to new ways of expansion. Identifying new opportunities, no matter where in the globe is an important job for the Department of Commerce.

Panama has made a name for itself in the logistics arena becoming a Multimodal Hub for the Americas and with its geographical position is a natural ally for any trading partner. This must be taken advantage of by the whole hemisphere.

In conclusion, I have to mention that the exposure to highly specialized industrial settings linked to research facilities and academia, reinforces the notion that education is the base for all strategic initiatives. This was the most inspiring aspect of my experience during the Americas Competitiveness Exchange.

Q: Can you speak to Panama’s trade and investment relationship with the United States historically and currently?

A: Historically, Panama’s relationship with the United States has been focused on the Panama Canal. Panama’s economy is based largely on services industries that developed around its trans-isthmian canal, once operated by the United States, but returned to Panama in 1999.

From 2001 to 2003, both countries engaged in exploratory talks aimed at considering the negotiation of a Free Trade Agreement.  In November 2003 the start of negotiations was announced.

On June 28, 2007 The United States and Panama signed a Free Trade Agreement (FTA) after two and a half years and ten rounds of negotiations.  Panama’s National Assembly ratified the FTA on December 13, 2007.

On October 12, 2011 the U.S. Congress approved the Trade Promotion Agreement with the Republic of Panama.

After completing a bilateral implementation process the Trade Promotion Agreement came into force on October 31, 2012.

Q: What do you see as the greatest opportunities for increasing trade and investment between Panama and the United States?

A: The Trade Promotion Agreement between Panama and the United States (TPA) will create new market access opportunities by eliminating tariffs and other non-tariff barriers to exports, promoting economic growth, and expanding trade between both countries.

The Agreement ensures that companies are protected against discriminatory or unlawful treatment, and provides a neutral and transparent mechanism for settlement of investment disputes.

Furthermore, the Agreement guarantees access to services markets in both economies, including in priority areas such as financial, telecommunications, maritime, computer, distribution, express delivery, energy, environmental, and professional services.

Panama’s strategic location as a major shipping route also enhances the importance of the Agreement. Approximately two-thirds of the Panama Canal’s annual transits are bound to or from U.S. ports.

The Agreement will remove barriers to agriculture and industrial goods entering both markets. It also provides significant infrastructure opportunities for Government procurement projects.

In addition to the ongoing $5.25 billion Panama Canal expansion project, the Government of Panama has identified almost $10 billion in other significant infrastructure projects.

Panama aims at having a stronger industry, standing mainly, up until now, on the services sector, which lacks accurate statistics. To reach this goal, we must take advantage of our geographical position and attract new businesses.

Panama is emerging as a hub with its multimodal infrastructure, which allows the connectivity needed to facilitate trade throughout the world.

I foresee viable joint ventures between hubs, in the USA and the rest of the Americas, whether based on air traffic, port infrastructure, railroads or any other type of infrastructure that facilitates trade and logistics.

The enlargement of the Panama Canal will be concluded during the year 2015, its impact will be felt on a global scale, and it has fostered investments in ports all around the globe.

The first phase of the Metro line opened on April 6th, the second phase is already up for a bidding process.

The Tocumen International Airport City, currently in design, will be a giant showroom, which will enable trade not only throughout the hemisphere but also across the oceans.

These, and some other infrastructure projects, are reinforced by a sound investment climate, setting Panama on a fast track, which will push forward this entire part of the world.

In this context, some laws tailored to protect and encourage foreign direct investments, are:

For more information please do not hesitate to contact us at the Program for Competitiveness and Trade and at the office of the Task Force for the implementation of the TPA, which is led by Mr. Norman Harris, former Panamanian Ambassador to the WTO.  www.impulsopanama.com and www.micitpc.com.