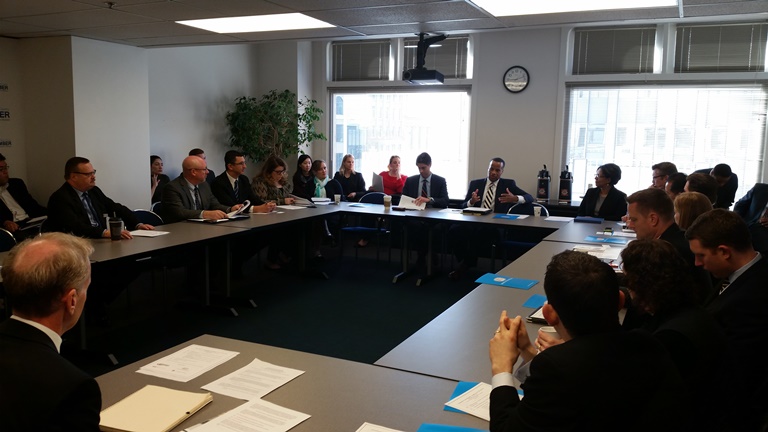 Trade is so vital to any economy, yet the idea of opening it more widely is met with trepidation and fear. There are many misconceptions about what trade promotion means for jobs in the United States, and that is precisely why Assistant Secretary Williams traveled to Oregon and Washington last month with the U.S. Chamber of Commerce to help set the record straight.

The Trade Promotion Authority – or TPA – is a framework that will enable the United States to enter into trade negotiations and ultimately create agreements with other nations. Letting the last TPA - which was passed in 2002 - expire in 2007, has significantly curtailed the United States’ ability to be at the table when trade agreements are reached. The fact of the matter is that the global economy is moving forward, and trade negotiations will happen with or without the United States’ participation. It’s important that we take our seat at the table and help shape the policy and agreements that will have enormous impact on our position in the global economy.

While in Oregon and Washington, Assistant Secretary Williams participated in several roundtables on the topic. Interested members of the community – including some protestors and dissenters – gathered to hear from Assistant Secretary Williams, Christopher Wenk from the U.S. Chamber of Commerce, and other local officials and organizations about what the TPA is and what it’s not. The Mayor of Tacoma Washington, Marilyn Strickland, put it best when she said, “The best thing I can do for your business is to get you more customers.”

One of the roundtable participants offered a story about a local manufacturer in the Tacoma area. It was a relatively small 200 person operation that was able to greatly expand their business through trade agreements and exports. This wasn’t some large company profiting from new markets – it was a locally owned, medium-sized enterprise.

In Portland, Oregon, the roundtable was met by protestors chanting, “Fair trade, not free trade.” Yet those ideas are not mutually exclusive. Only by agreeing to trade with other nations can we hope to impart our values of human rights, workers’ rights, and environmental rights. We can set parameters for our trade partners that have the potential to influence their behavior in the global marketplace – but only if we participate.

The only thing we have to fear about trade policy is that we will miss our opportunity to shape it. Hopefully EDA’s trip to the Pacific Northwest helped those who may have been skeptical better understand how the TPA and resulting agreements will benefit American businesses and workers in the future.