Highlight: This is What We Saw in Philadelphia During "Rise of the Rest" 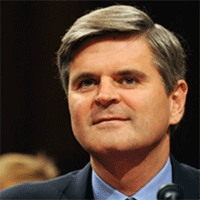 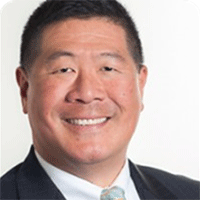 In September, Revolution’s Rise of the Rest bus rolled through its 16th city, Philadelphia, as part of an effort to shine a spotlight on emerging entrepreneurial ecosystems across the United States. As members of the National Advisory Council on Innovation and Entrepreneurship (NACIE), we approached the many conversations throughout the day with founders, academic leaders, political leaders and others across Philadelphia with some of NACIE’s policy proposals to ignite innovation in mind.

Philadelphia has a rich history of innovation, thanks to Benjamin Franklin and the founding fathers. But the city has a modern side as well, with a thriving arts community and state-of-the-art medical facilities and research centers. The startup scene has been called “scrappy” – in a good way – and it’s gaining traction as it leverages its millennial population, the arrival of new funds like First Round Capital and the emergence of rising tech stars such as Arcweb, RJ Metrics and Curalate.

In Philadelphia, and in cities across the U.S., important changes are taking effect. Technological advances are lowering barriers to entry for new businesses, and public policy reforms are beginning to make it easier for startups and small businesses to raise capital no matter where they are located. Technology has started to dramatically impact huge sectors from commerce, to food, to transportation, to retail, to marketing. And there's an increased public awareness around the importance of entrepreneurship – Philadelphia Mayor Nutter made that clear as he joined us throughout the day.

This is the start of a structural change for the national economy: new businesses account for roughly all net new job creation and add a disproportionately high share of innovation. More geographic diversity of startup activity in places like Philadelphia has the potential to unleash economic growth in previously overlooked cities. That’s why the Rise of the Rest bus crisscrosses the country to highlight the progress in these cities.

To bring everyone together in Philadelphia, we gathered at the iconic National Constitution Center where eight local startups competed in a pitch competition for a $100,000 investment. Scholly, a platform that makes it easier for students to sift through scholarship opportunities, took home the prize. In addition, 10 student entrepreneurs pitched with one winning a $10,000 award from the Blackstone Charitable Foundation.

From a discussion about policy with Mayor Nutter over pancakes at a Stephen Starr diner, to visits to the University of Pennsylvania’s Singh Nanotech Center and the Drexel Excite Center where we saw dancing robots and 3D bio-printing, to conversations with corporate leaders in the city, to tours of local high-growth startups, one thing is crystal clear in Philadelphia: there is no shortage of talent. Not only is the city home to large corporations such as Comcast, Aramark, and Campbell Soup, but there are over 100 colleges and universities in the region. By building on the work of the Mayor’s team, initiatives like Startup Philly, and efforts by groups like Philly Startup Leaders, and by strengthening the partnerships that link the ecosystem together – Philadelphia can emerge as a thriving entrepreneurial hub in the Mid-Atlantic region.

Entrepreneurship is a team sport and often requires partnerships every step of the way. The University City Science Center is a great example, leveraging the power of universities, hospitals and research institutions working together to support startups through programs like Quorum - the entrepreneurs clubhouse - the Digital Health Accelerator and Blackstone LaunchPad Philadelphia.

Startup PHL, a partnership between the City of Philadelphia and the Philadelphia Industrial Development Corporation, plays an active role in supporting the innovation ecosystem by funding early-stage tech ventures. To Mayor Nutter’s credit, the city government has engaged with top seed funds, accelerators, and has changed tax policy to attract capital to the city.

Further, the Science Center and many of its peer institutions have deemed access and inclusion not only an important component to the entrepreneurial process, but essential to growing a sustainable innovation ecosystem. For example, the Science Center’s FirstHand program introduces the subjects of Science, Technology, Engineering, Art and Math – or STEAM to middle school students from under-resourced Philadelphia schools. Just down the street, The Enterprise Center provides access to capital, capacity building, business education and economic development opportunities to high-potential, minority entrepreneurs. There are many more examples and projects in the pipeline to engage a more diverse community in Philadelphia’s innovation economy.

At NACIE we focus on partnerships as a strategy for fostering entrepreneurship and enabling entrepreneurs and firms to successfully access and develop a skilled, globally competitive workforce. The Council continues to work on proposals around entrepreneurial education, developing talent, and measuring innovation - all areas where collaboration is key.

Two hundred and fifty years ago the country’s first startup was launched in Philadelphia: America itself. As we toured the historic city where the founding fathers started with an idea and ran with it, it was clear that their thriving entrepreneurial spirit lives on.