At NACIE, Diversity is the Mother of Invention 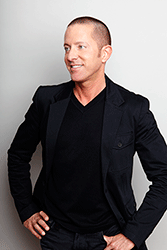 Contrary to popular belief, innovative ideas do not tend to spring, fully formed, from the minds of geniuses.  Instead, most experts agree, innovation is more often the product of intentionally introducing ideas and solutions from unfamiliar vantage points to solve familiar challenges.  For example, Proctor & Gamble got the idea for its laundry wrinkle releaser from the work of a computer chip scientist, and Pepsi came up with a way to make snacks taste salty with less salt after reviewing the work of osteoporosis researchers.

This phenomenon (solving old problems in new ways by introducing solutions to other, unrelated problems) is called "open innovation" - and it is, fittingly, one of the primary reasons the Commerce Department's National Advisory Council on Innovation & Entrepreneurship (NACIE) has been successful.

The Council, which was created by the 2010 America COMPETES Reauthorization of 2010 to advise the U.S. Commerce Secretary on issues of national economic competitiveness related to innovation & entrepreneurship, is made up of two-dozen non-government experts from a wide range of disciplines and perspectives.  Among the Council members are successful entrepreneurs, business leaders, founders of community-based organizations, economists, and academics--folks who rarely find themselves working together to solve large-scale national challenges.

What makes NACIE so effective at finding solutions to conundrums concerning U.S. innovation & entrepreneurship is its diversity: rarely in government (or in the private sector, for that matter) do leaders from such diverse sectors of the economy come together as a team over time to identify solutions to systemic problems.  Over the last 4 years, NACIE teams have worked with the Commerce Department to...

As a member of NACIE for the past 18 months, I have been surprised and impressed by how much a small group of committed private citizens, working in partnership with smart, capable government leaders can accomplish together.  The wisdom of NACIE, envisioned in the America COMPETES Act, was not only its independence from government, but also its diversity of perspective and experience.

Do you have experience creating sustainable systems of innovation or entrepreneurship?  Do you have a passion for giving back to your community and your country by sharing your knowledge and expertise?  Do you know others who do?  If so, I encourage you to submit a nomination to the U.S. Commerce Department's Economic Development Administration (EDA) to become part of NACIE.

On May 2, 2016, EDA opened the 30-day application period for the 2016-2018 term of NACIE.  EDA is encouraging interested leaders and experts in innovation, entrepreneurship, and business-driven talent development to apply for appointment.  Application details can be found in EDA’s Federal Register Notice.  Applications are due by 11:59pm Eastern Time on June 1, 2016.

My NACIE experience has given me a new perspective on how the public and private sector can work together to solve the nation's economic challenges.  It has also given me renewed faith in our ability, as a nation, to do so.  Most importantly, NACIE has inspired me to believe in the power of diverse people and ideas working together to make our country a better place.