Highlight: EDA: A Year in Review

Taking the time to reflect on everything EDA has accomplished helps us showcase the power of economic development and reminds us of the importance of supporting regional collaboration and focusing on innovation to create jobs! 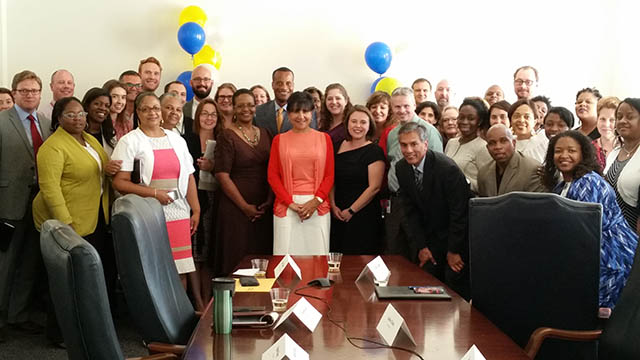 As the leader of the Commerce Department's strategic objective to catalyze innovation ecosystems in the U.S., EDA this year invested $55 million in 42 Public Works and Economic Adjustment Assistance program projects across the nation to help communities develop a skilled and adaptable workforce. These investments are expected to spur $593 million in private investment and create more than 9,800 jobs, exceeding targets set in the strategic plan.

In addition, this year EDA led the Communities that Work Partnership, a nationwide effort to recruit and select communities to participate a new learning exchange that builds regional partnerships to accelerate and document more effective, employer-led regional workforce initiatives across America.

As a result, seven communities, including New York City, Washington D.C., Greater Houston, San Francisco Bay Area, Buffalo and Northeast Georgia, and Greater Phoenix have embarked on a 15-month intensive learning exchange designed around each region's pursuit of job-driven talent development strategies to promote economic growth. The idea is that these communities will develop replicable methods and practices that any community can use to improve their workforce training efforts. 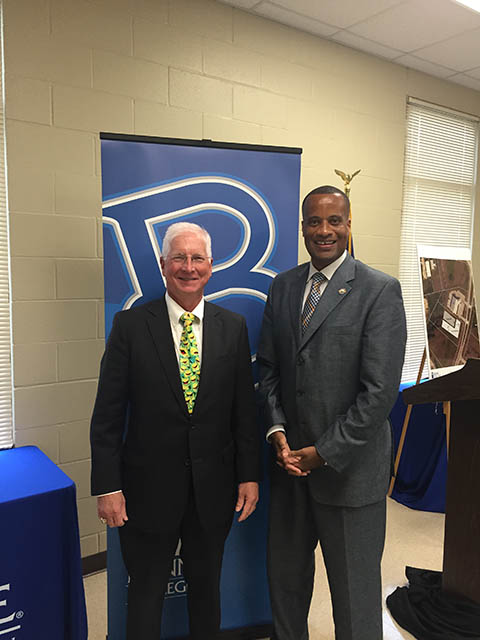 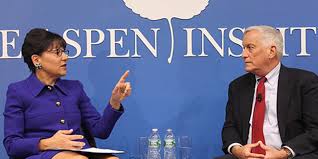 Tapping into the ideas and minds of all of our citizens is crucial to the U.S. gaining and keeping a competitive advantage in an increasingly global economy. In 2015, EDA continued to reach out to underrepresented demographics and geographies and provide them with opportunities to build on their bright ideas and ambitions to create and grow companies.

This year, for example, EDA made a number of investments that will help support entrepreneurship in some of the nation's most underserved communities.

In January at the Operation HOPE Global Summit in Atlanta, Georgia, Assistant Secretary Williams announced a $2.5 million EDA grant to support the implementation of the HOPE Inside Small Business Empowerment Initiative (SBEI) to assist small business owners in nine states and the District of Columbia.

In September, Williams announced a $750,000 EDA investment to ArtSpace Projects, Inc., to help establish the Oglala Lakota Arts and Business Incubator on the Pine Ridge reservation in South Dakota. The facility will provide critical incubator space for artisan entrepreneurs and will also offer business services to new and emerging artisan businesses.

In addition, EDA's Office of Innovation and Entrepreneurship (OIE) is leading the 2015 Regional Innovation Strategies Program, which is designed to spur innovation capacity-building activities in regions across the nation. The 2015 RIS will provide $10 million, with up to $2 million targeted to Seed Fund Support Grants and $8 million targeted toward the i6 Challenge. This year's i6 Challenge will provide up to $2.5 million for projects that support innovation in rural or underserved communities. Awards will be announced early 2016.

Today, twenty-three teams—led by counties and regional development organizations and including a broad range of other public- and private-sector partners—are benefiting from resources made available through the competition to help them become more resilient. 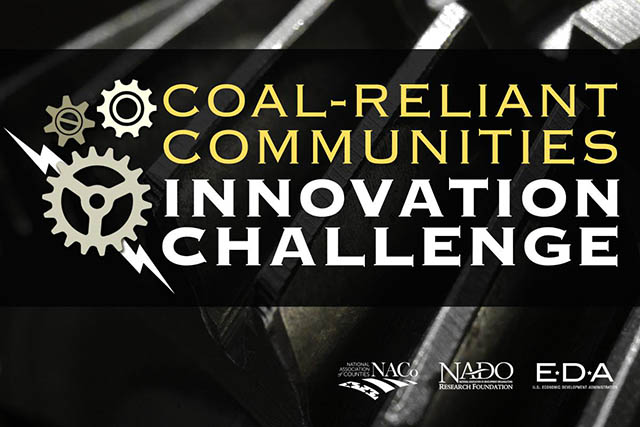 In addition, EDA is leading the administration's Partnerships for Opportunity and Workforce and Economic Revitalization (POWER) Initiative, a new interagency effort to assist communities negatively impacted by changes in the coal industry and power sector.

In October, the first round of grants under the POWER initiative were announced. In total, the Administration announced 36 POWER awards worth $14,546,457. The awards, which include both Planning and Implementation grants, will be given to partnerships in 12 states and tribal nations. The Commerce Department's Economic Development Administration (EDA) awarded nearly $10 million for 26 projects. 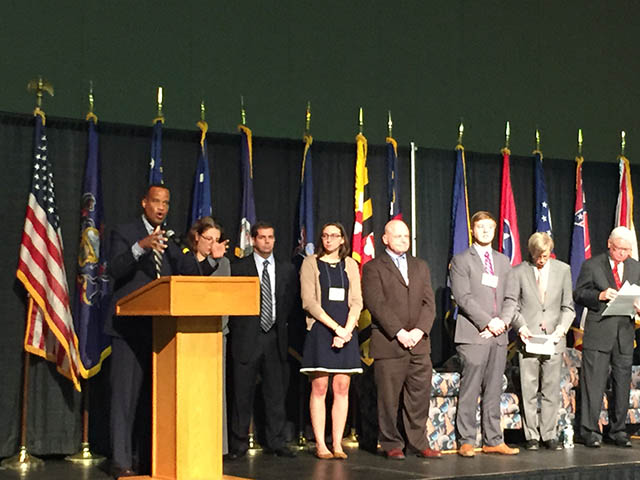 In July, Secretary Pritzker announced 12 new communities that have received designations under the administration's Investing in Manufacturing Communities Partnership (IMCP) initiative. The IMCP is designed to accelerate the resurgence of manufacturing in communities nationwide by supporting the development of long-term economic development strategies.

In October, the Department welcomed these communities along with our federal partners as hosts of the second Investing in Manufacturing Communities Partnership (IMCP) Summit. 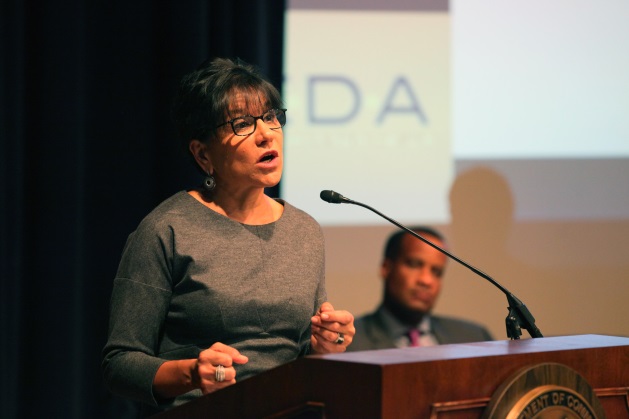 Improving our nation's infrastructure is crucial for both economic growth and job creation. 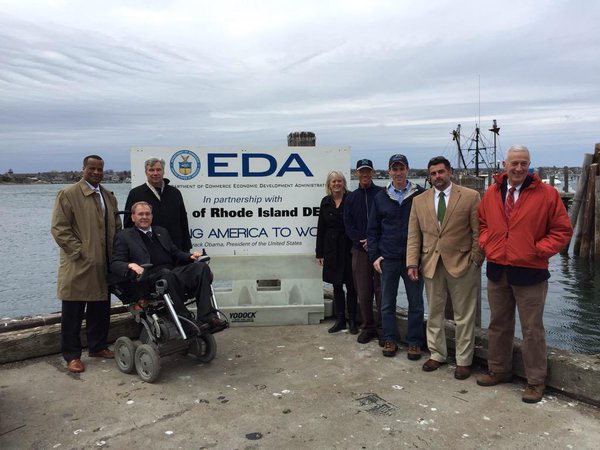 The Americas Competitiveness Exchange on Innovation and Entrepreneurship (ACE) offers an ideal opportunity for decision makers to establish long-term global/regional partnerships and to see the results and good practices of economic development initiatives in the Americas that seek to strengthen innovation and entrepreneurship ecosystems.

This past April, the third ACE brought key leaders and decision makers from across the Americas to experience firsthand successful projects and networking activities in the Midwest U.S. States of: Minnesota, Wisconsin and Illinois.

In 2016, ACE comes back to the United States with visits to the states of Arizona and California. 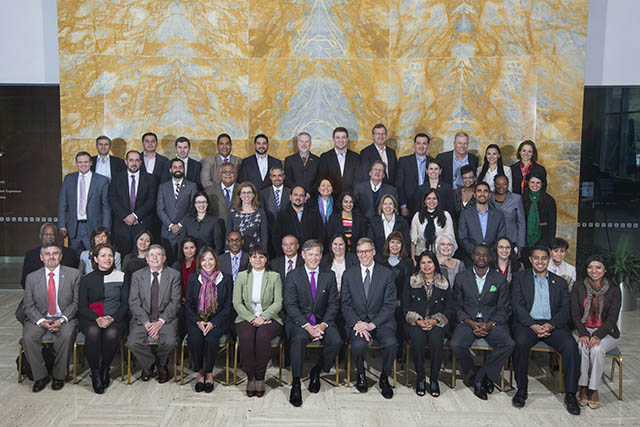 ACE III delegation poses as a group after touring the Mayo Clinic in Rochester, Minnesota 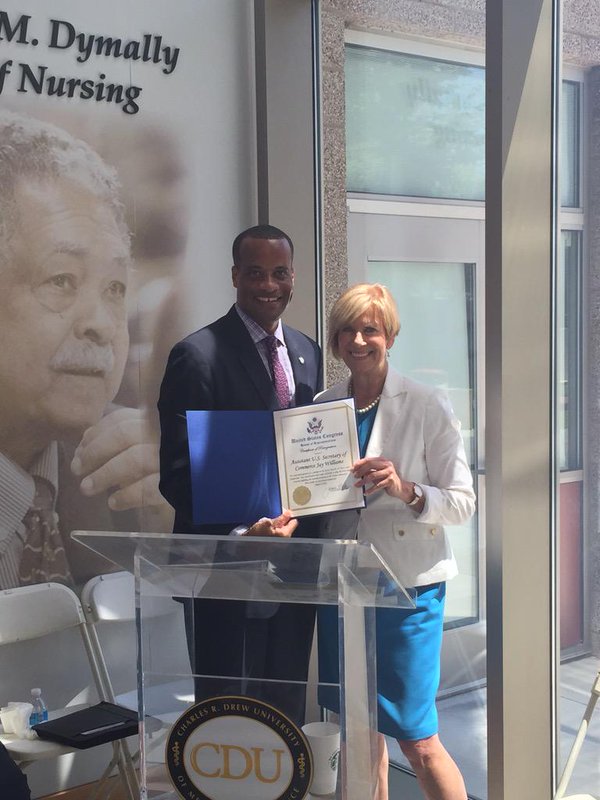 Assistant Secretary Williams and U.S. Congresswoman Janice Hahn participate in the commemoration of the 50th anniversary of the Watts riots.

On August 27, Deputy Assistant Secretary Matt Erskine traveled to New Orleans to announce $2.1 million in grants to support resiliency and economic growth in the Gulf Region. Additionally, DAS Erskine announced a new partnership between EDA and the Delta Regional Authority (DRA) to promote resiliency and training throughout the region and joined representatives from the DRA and the International Trade Administration for a roundtable discussion about promoting economic development and international trade with leaders in the Delta Region. 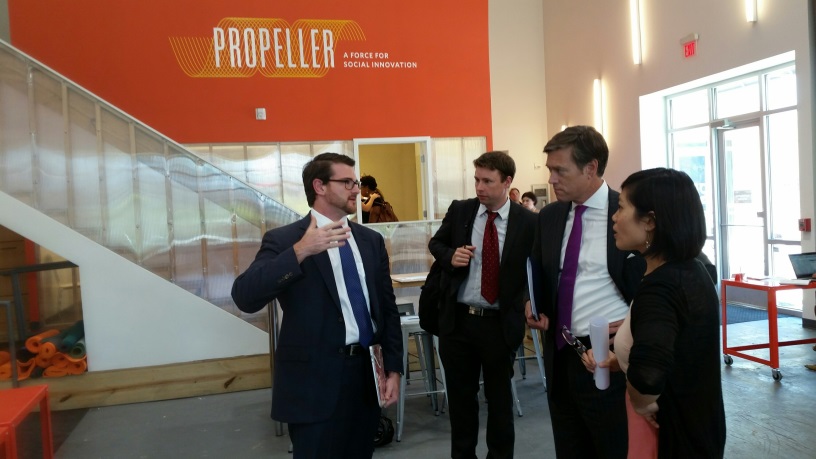 EDA is continually seeking to improve our processes to make the applicant experience easier and the review process more efficient. We hope you will share your experiences with us so we can keep improving.

In April 2015, EDA issued a Federal Register Notice announcing some proposed improvements to our forms as part of overall enhancements we're making to the grant application process.

In late October, those changes went into effect with the publication of the FY2016 Public Works and Economic Adjustment Assistance Programs Federal Funding Opportunity (FFO).

The Honor Awards are the highest honorary awards given by the Department of Commerce for distinguished performance.

This year, David Ives, Hillary Sherman, Thomas Pellegrino, and the 2014 ACE Team were noted for their remarkable achievements.